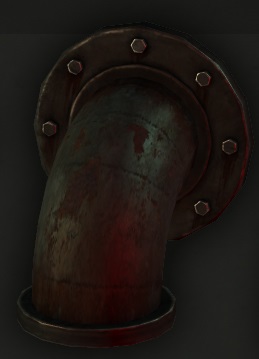 Pipes? Someone ordered pipes? Another update to the Oddworld project.

Progress has been slower that I would have liked due to various coursework projects that were demanding most of my time.
And work where other people are counting on you to deliver  certain elements on time get priority ofcourse.

But enough of that. Time to have a look at some pipes! 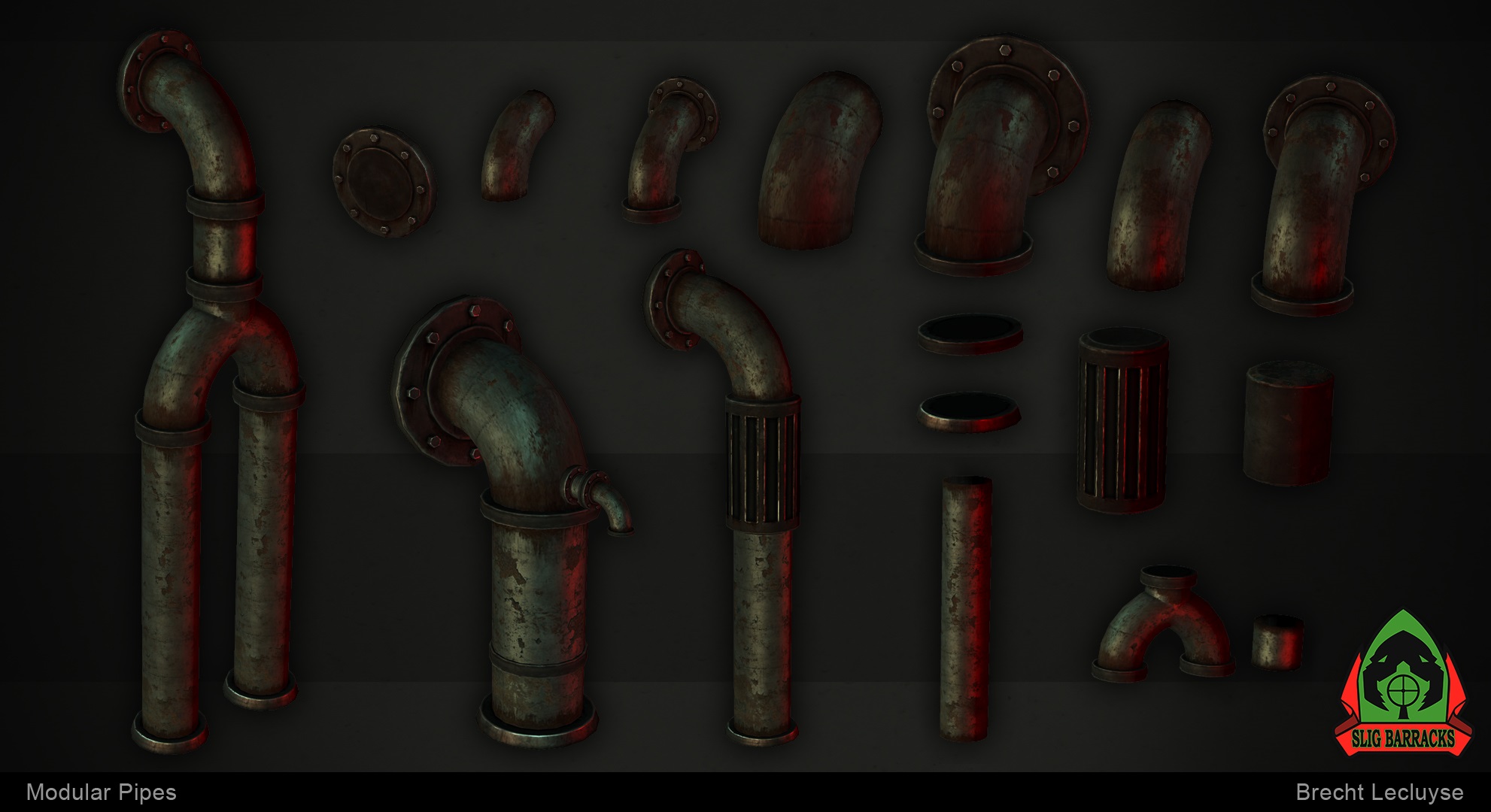 This is a part of a modular pipeset that is based on some of the pipes that can be seen in the original game. All of the pipe pivots are grid aligned and are designed to allow the level designer to combine the pipes however he likes. The main pipe section uses a 1 way tiling texture and comes with extra smaller segments that can be used to nicely cap of the pipe section the ends. The advantage of the tiling texture is also that if needed I can save new segments of any size without having to worry about nasty seams.

Next up is the creation of some actual floor elements. And again I will try to approach this as modular as possible.
Before starting the actual mesh construction I took the time to analyze the different elements that make up the floor pieces of the Slig Baracks walkway spriteset. Trying to figure out the scale, proportions and if I need to make some alterations in order to have it work in a propper 3D setting. The original game environment was created using sprites. And although these sprites are essentially renders from 3D meshes, there is still the possibility that some of the geometry doesn’t make sense or is even possible when the camera can move around the asset.
At the same time I want to approach this as if it were to be used in the HD remake made by Just Add Water.
In the image below you can see some notes and reference that I decided to use. 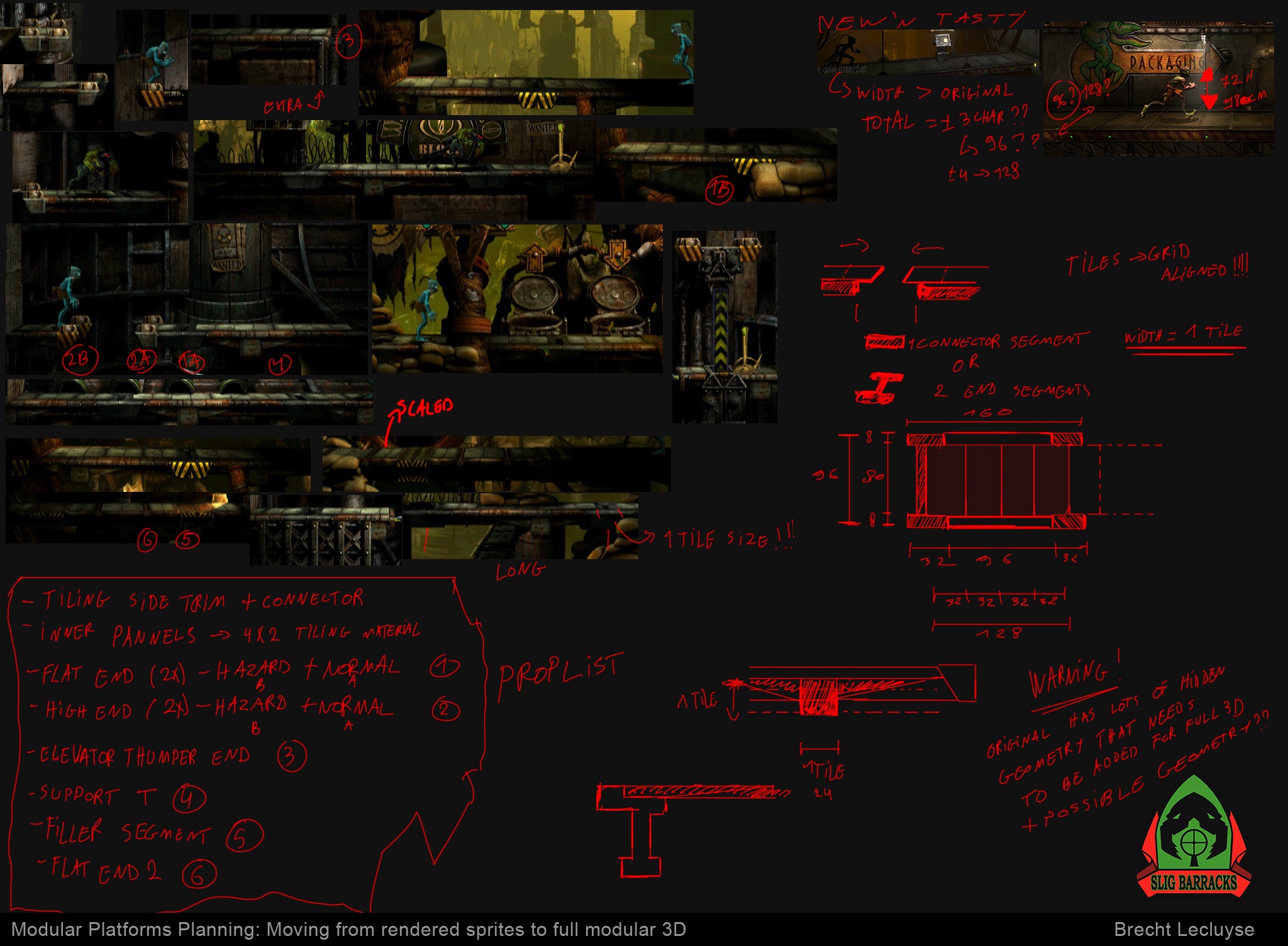 The measurements are based on powers of 2. This is still an old habit back from working with the Source, Unreal and Spark engines. But I don’t think that this should give any real issues when moving to Unity.
For now I’m creating the set to allow 2 to 3 characters to walk besides eachother. This width is based on looking at some of the footage released from New ‘N Tasty.

To end this update I have something that is not really part of the project but still based on something from the Oddworld Universe (Figured why not stay with the theme 🙂 ).
As an exercise to learn how to create a propper animation rig and get familiar with the workflow that goes with it I made a rough mockup model based on a concept image from the never released “The brutal ballad of Fangus Klot”.
This design was originally made by Silvio Aebischer and looked like the perfect thing to try and create a rig for. 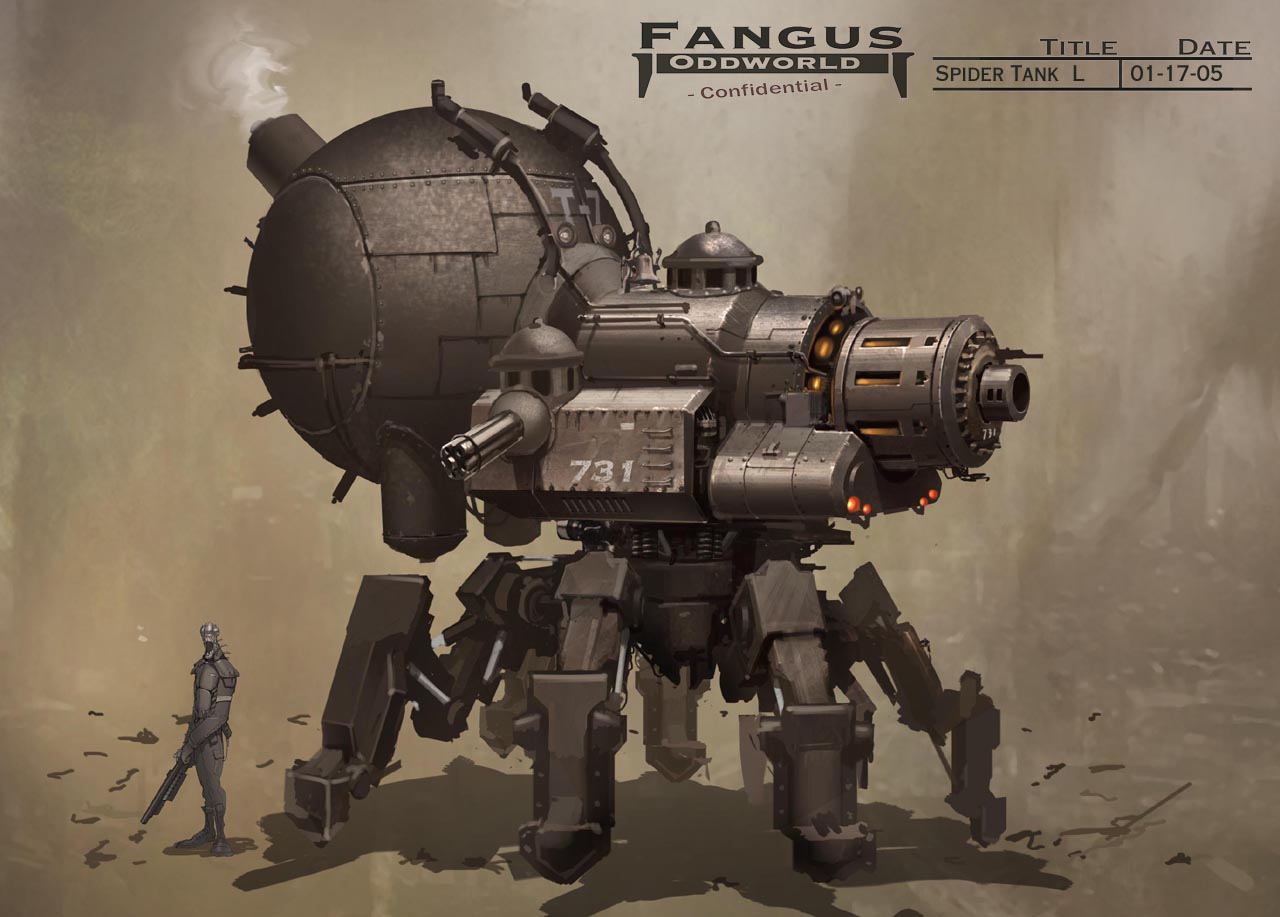 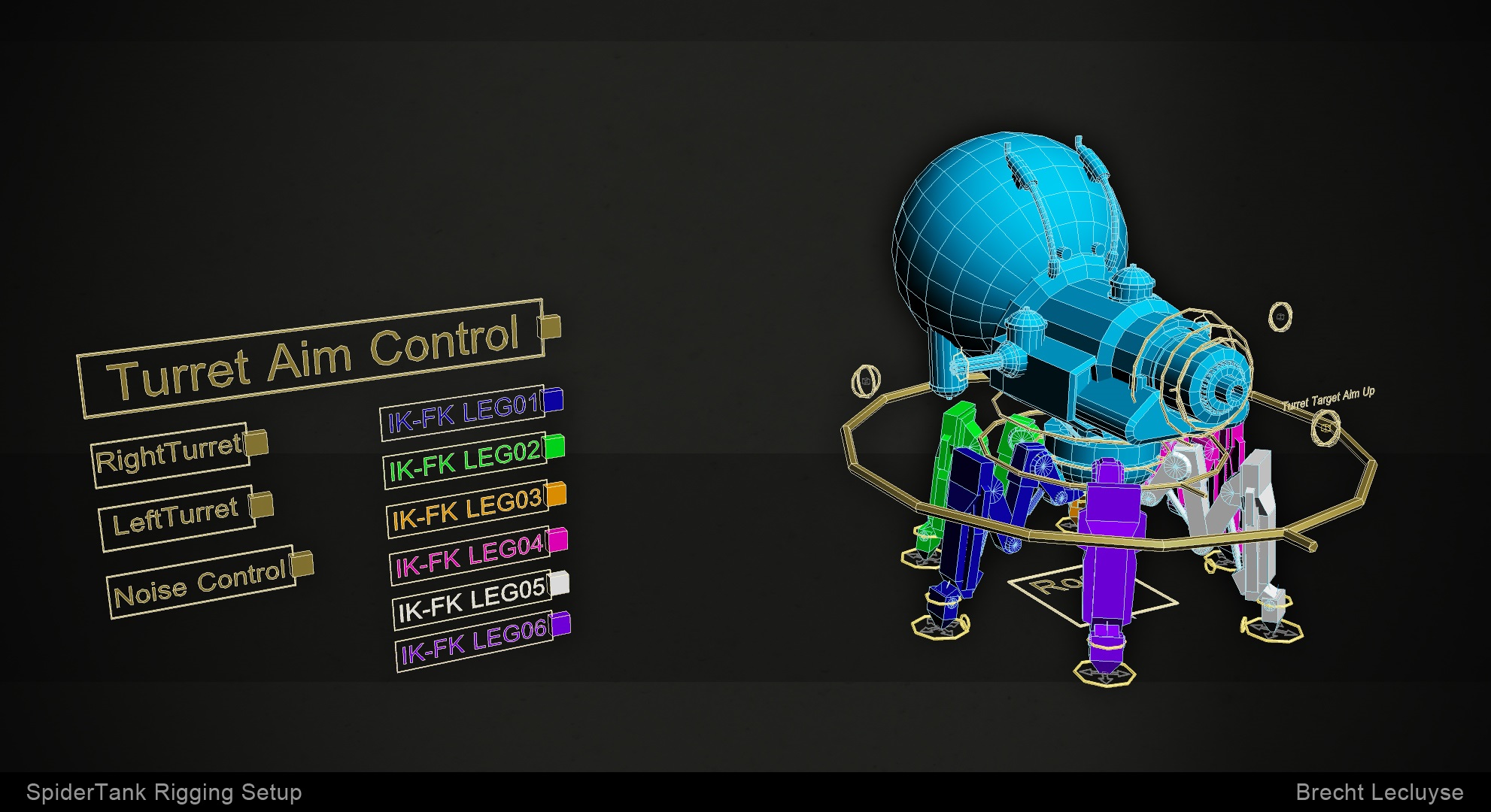 I had to slightly alter the design as the concept wasn’t fully fleshed out, especially in the lower area. This includes some impossible perspective wizardry. I also made the whole thing a tad slimmer. Giving it a slightly less bulkier and more agile feel.
Here’s a small video of a very short animation that was made to test the rig and then imported into UDK.